Roald Dahl’s magical tale, Charlie and the Chocolate Factory, created a world that children adored and dreamed to be able to experience. Hours spent imaging the rush of opening up a Wonka Bar to unveil the golden ticket and getting the chance to see first-hand the ins and outs of the Chocolate Factory. But with how intricate Wonka’s Factory was, did you ever stop to consider how much it would cost to keep production sound? Or more importantly, keep the Oompa Loompas Happy?  The infographic below, courtesy of Advanced Technology Solutions, details a number of costs most might’ve overlooked in their fascination with the chocolate river.

In order to make sure the Oompa Loompas aren’t running around the factory in the dark, Mr. Wonka’s electricity bill would come out to $2M dollars a year. Which is relatively cheap compared to the upkeep on the chocolate river. Having to rapidly pump 150,000 gallons worth of chocolate around to maintain proper flow is estimated to cost about $32.6 million a year in expenses. But what good is a chocolate factory without a running supply of chocolate?

Mr. Wonka’s workforce is also a yearly expense he must consider. The Oompa Loompas, while worth every penny, are not cheap. Their salaries plus healthcare come out to an estimated $81 million a year. Good luck finding a group of employees as skilled at their positions for a cheaper average salary though!

The Factory’s luxuries don’t stop there. Edible wallpaper, golden goose eggs, and you can’t forget about the the Invention Room. Mr. Wonka’s factory expenses seem to be never ending. However, lucky for him, his flying elevator was a one-time purchase. That doesn’t take away from the astounding estimated cost of about $109 million dollars, most of that coming from a low-end rocket from Lockheed Martin.

So, average estimated yearly cost for the Wonka Factory comes out to about $115 million dollars. The magic doesn’t come cheap, but it’s priceless. Mr. Wonka’s estimated net worth of about $22 billion dollars makes it a bit easier to manage, though. 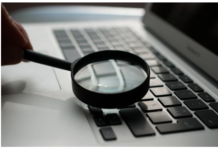 How to Detect and Avoid Fake Influencers in Your Marketing Campaigns 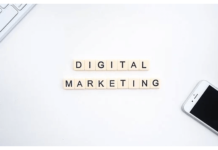 4 Persuasive Reasons Why a Business Should Hire a Digital Agency 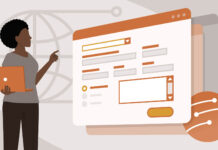 The Benefits of Using Web Forms

The Dos and Don’ts in Making Effective Infographics

What You Need To Know Before Studying Abroad

The Top 10 Different Types of Lawyers That You Could Be