The world has been hit with one of the worst pandemics in the history of mankind. You have people from all over the world thinking about the same disease i.e. COVID-19. The pandemic has spread from China to all parts of the world in no time at all. It will not be wrong to say that no country in the world is safe from this coronavirus when you look at the stats. Yes, there are a few countries that you may see on the list of non-infected countries, but since the condition can be asymptomatic, you never know when the person who looks completely healthy is infected with the virus.

The worst part of the current virus spread is that it is faster than the spread of flu. While a person with flue may infect only another person, the coronavirus patient can infect three or more people. That’s the reason the countries had to go on a lockdown to stop the spread of the virus. There was a time just a few months ago when the entire world had stopped. Things are getting better in a few parts of the world, but you never know when the second wave of the virus might sweep across the globe and make it a gloomy place yet again.

During these hard times, the US is one of the countries that are leading the battle against the current pandemic. Things might seem different when you look at the increasing numbers of cases in the most developed country of the world, but you have to look deeper to find other patterns.

Doctor Figa Thinks Differently about the US

According to doctor Figa, the world is only looking at the statistics that are being shared all around the globe. When you turn on your TV and watch news, you think that US is the country that has been hit in the most appalling way by the virus. However, doctor Israel Figa believes that people are only looking at the superficial information that they are getting from unreliable sources. As per him, the US is leading the war against the virus and it is doing pretty good at it. Is it really true? Do you really see what doctor Figa sees in the statistics and behind them? Let’s learn why he thinks the US is leading the way in fighting COVID-19.

US Leading the Way in Fighting against the Coronavirus

So, when you see the number of cases of the infected patients rising in the US, you believe that the country has completely failed at stopping the spread of the virus. According to doctor Figa, it is true that in some respect, the US has failed against the virus, but only when you look at only one side. When you look at the other side of the picture, you realize that there is a different picture to read. So, when you see an increasing number of patients in the country, what’s the first thing that comes to your mind? Well, the first thing that should come to your mind is testing.

Read More:   MORE CARDS AND POINTS TO GAMIFY THE CLASS

It means that the US is conducting the coronavirus tests faster than any other country in the world. This also shows you that the best country in the world is not hiding anything from the world. There is no doubt about the fact that China was not very proactive in informing the world about the outbreak when it had only began in its country. However, the US is not hiding any information from its people or the populations around the world. The country is playing its part of showing the world the true picture of the situation. When you look at the stats, you are not looking at an increasing rate of infection.

What you are looking at is the increased number of tests. The country already has many people who have already been infected with the virus. However, as the government continues to test them for the virus, they emerge as positives. This is what’s resulting in the increasing number of infections. You can’t say that infections are increasing in the country every single day. It is just that the number of infected people being tested is increasing with time, showing the world that the country is doing a great job of testing its people.

On the other hand, you have other countries that are not doing the same. You can look at a country like India. It is the biggest economy of the world, and you can see that the number of cases is increasing in the country. Despite that, you have many experts and journalists telling you that the number of actual cases is still unknown because the rate of testing in the country is very slow. In other words, the population of the country might feel that the situation is not worse, but it is worse than their imaginations. That’s not the case in the US where people know the truth at all times.

You have to know that the US is one of the first countries in the world that has been fast in developing a vaccine. Yes, it is true that there is no successful vaccine in the scene right now, but you can’t say that the countries are not trying. In fact, the first woman to give her consent for the trials for the vaccine was from the US. You also have to know that Bill Gates is one of the most active people who are working to create a successful vaccine from the virus. If you don’t know already about the richest man of the world, then you should know that Bill Gates is from the US as well.

At the moment of you reading this, you have to know that there are nearly 40 vaccines that are being tried and tested on different people right now. A majority of the vaccines from these are being developed in the US. You should also know that some vaccines have already been tried on animals. These vaccines are there to help you become strong against the virus. You will be surprised to know that nearly 100 vaccines have already been tested on the virus. Of course, you can’t be sure of the results of a vaccine that has only been tested on animals.

NOVAVAX is yet another vaccine that has entered the second phase of its development. There are many other vaccines that are in different phases of their development. No, there is no vaccine right now that has been fully developed so you have to be patient about finding the cure to the current pandemic. However, if the results are promising with so many vaccines, you can be sure that one of them is going to be successful. Of course, even one is more than enough when you have big countries ready to finance the buying of these vaccines not only for their countries but other poor nations as well.

There was a time when the CDC thought that masks were not really needed. However, upon further research, the organization was quick to tell people that they had to wear masks. In addition to that, there has been a lot of talk about the spread of the virus. You still have nations that believe that the virus spreads through wind. That’s not entirely true and only countries like the US can help people know the truth. So, the recent research has proven that the virus spreads through droplets in the air. It is not the air that’s spreading the virus, it is the droplets of infected water in the air that’s causing the spread.

How does that happen? Well, there is an infected person roaming around in the world without any masks on. When they sneeze, they release the infected droplets into the air. These droplets then land on people and the surfaces all around these people. When people touch these surfaces, they are infected as well.

Now, here is another important thing that doctor Israel Figa mentioned. He said that you can only know the seriousness of the spread of the virus when countries like the US are telling you about it. So, the US researchers have already found out how long the virus can stay on different surfaces. In addition to that, you now know that there is a huge difference between disinfecting your products and sanitizing them. Unless you know about these things, you can’t really protect yourself from the virus. The whole idea of washing your hands for twenty seconds and not touching your face when you are roaming outside come from the research that the scientists in these developed countries are performing day in and day out.

You have to know that some of the biggest companies in the world belong to the US. These companies have been great in spreading information and awareness about the virus not only in the US but other countries as well. You can take the example of Google in this particular case. Google has been providing crucial information about the virus on its search pages. When you search for hospitals near you or anything related to your health, Google will provide you with all the necessary details regarding COVID-19 that you need. Doctor Israel Figa thinks that these are the services that have kept the world informed and bonded together.

The well-known doctors like Israel Figa are doing everything that’s in their reach to help people understand the current situation. They are also helping their patients with all the medical care they need to keep safe from the virus. Small and less developed countries should be thankful that the countries like the US are out there to perform researches and come up with cures to problems like the coronavirus. Without the US, you can safely say that the race for the vaccine around the world would have been extremely slow. If the US comes with a vaccine in the near future, millions of lives could be saved. 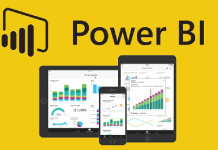 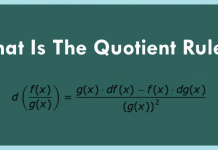 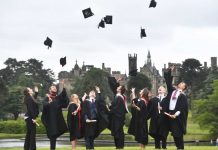